Perhaps a glimpse behind the scenes?

MasterChef Italia is the Italian version of MasterChef, the culinary talent show. It was first broadcast on September 2011 on the “Cielo” channel and has since 2012 been a great success on “Sky Uno”. Endemol Shine Italy is a format that also shows the MasterChef Magazine programme, with recipes and private recipes from participants, jury members or guest chefs shown daily, with “La mia firma” as its “show within a show” – and here’s the kicker:


our head chef Theodor Falser was asked to appear on and selected for the show! Now that’s truly exciting – because it’s not every day that a Michelin-starred chef appears before the cameras! ;)


First of all, Theodor arrives and gets his bearings: the set and the filming are all new for him.


He puts on his chef’s jacket and then it’s off to face the cameras so that the opening credits can be recorded!

Professionals at work! Everything has to be perfectly prepared and everything must be properly arranged. Theodor is excited, but also very careful to follow all the instructions given by the crew on the set.

Last but not least, Theodor is wired up – as befits a TV star. And then it’s off to face the cameras! ;)

Here you can watch a short excerpt from the show!

Theodor was also able to decide what he wanted to cook for the show. He chose a dish from the Johannesstube and conjured up a “fagottino di pesce”, a “little bundle” of freshwater fish with Wagyu shank and reduced must. He of course remained true to his philosophy – Taste Nature – and to the originality of the ingredients used.

When we talked to Theodor Falser about his experience he went into raptures: “It was really interesting! I was able to experience live what we only normally see on film or TV! La mia firma was certainly a milestone in my culinary career!” 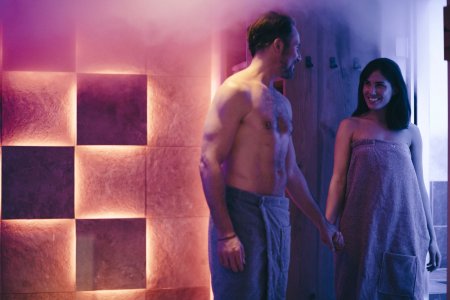 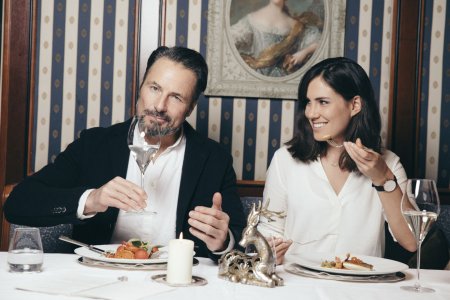 11.01 - 11.03.2023 (+1) from € 638,-The finest ingredients from the surrounding nature and from regional providers, turned into epicurean highlights – cooking is an art well-mastered by the kitchen staff of the Engel. Embark on a culinary adventure journey through the Dolomites.More info
You are here: HomeSouthTyrol›engelsPostengelsPOST› Suddenly – a TV star! Suddenly – a TV star!
Make a request here
OK
This website uses cookies. The use of cookies is regulated in European Directive 2009/136/EC (E-Privacy). We also use the Facebook pixel and Remarketing technologies from Google. By clicking on "OK" you agree. To protect your privacy, you can customize your preference management regarding online advertising in the current browser here. To stop third-party tracking technologies used on this website from using your information for personalized online advertising, click "Opt-Out".